Albert has just returned from a short stay with Tony, Damon and Bruv where the intrepid trio tried to sort out his floppy bits and make sure that not too much dropped off whilst driving Albert leading up to the big trip next year.

It would seem that most of Albert's floppy bits were due to wooden bits becoming sponge and as such not much good at doing what wood is supposed to do, especially with Travellers where it's a fairly integral part of the car.  Anyway the objective here is really to keep Albert on the road and do a restoration job once we return from our big adventure so while it's not pretty as long as it does the job I won't be complaining.

So, what exactly were the floppy bits I hear you ask.  Where to start I say.  Going from the top down.  It seems that the lid (roof for the technically minded) wasn't quite attached to the sides and with not too much effort it seemed to be able to be lifted off .  Not convinced this is really technically a floppy bit but it did need something doing so a small plate screwed into the wood and 'stuck' (welded for those who understand such things) to the roof soon made sure that the roof wasn't going anywhere soon.

Moving down from the roof it became clear that the rear doors were a little suspect and needed a little support to make sure that the rattling when driving Albert doesn't cause the doors to simply fall apart.  Again it seemed that a well shaped piece of metal screwed in across the loose joints will make the doors less shake rattle and roll than they were.  As you can see Damon felt everything was going well at this stage (he's smiling and cheering inside!). 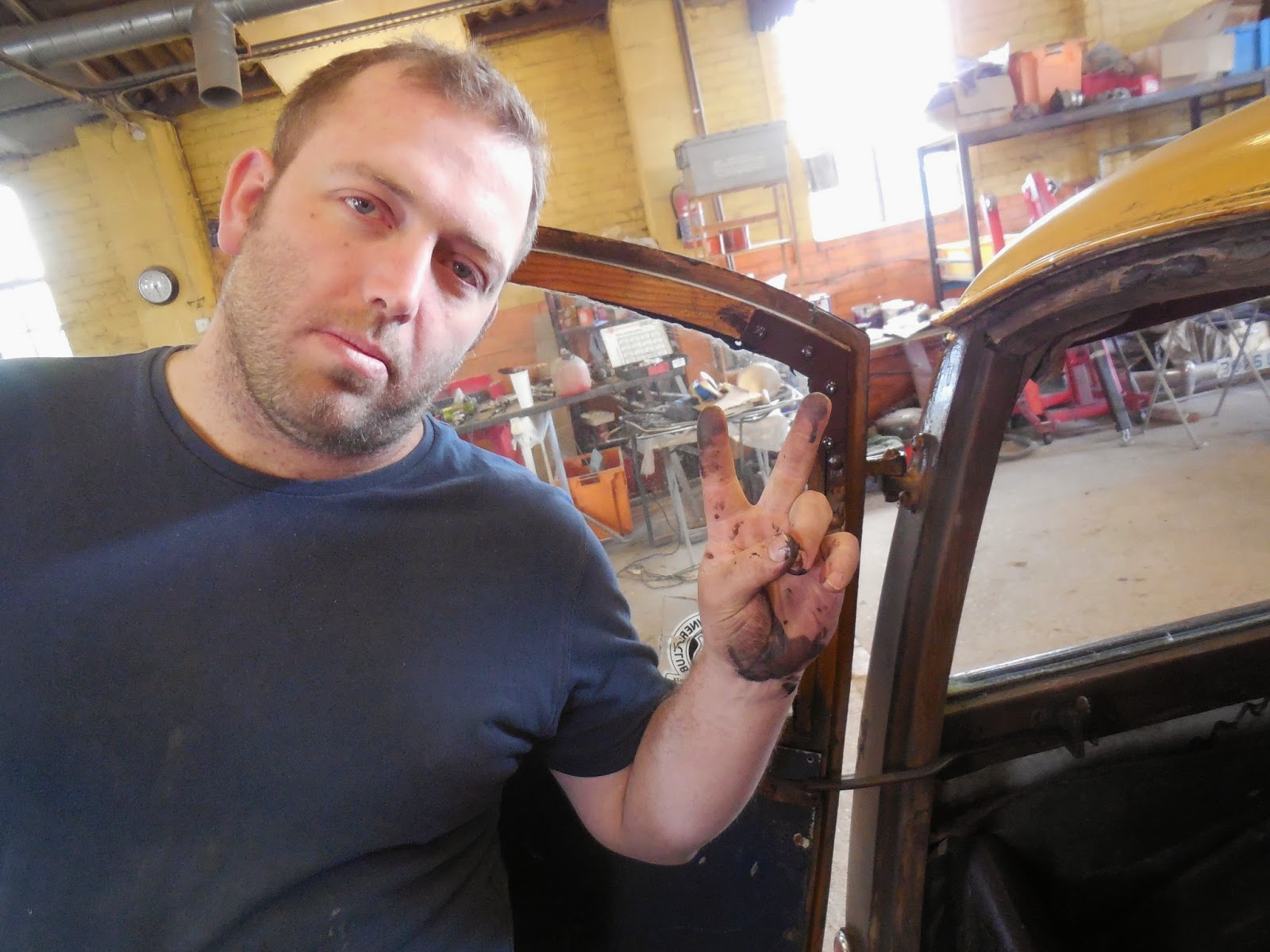 The back end of Albert was definitely rattling around when driving and it would seem that some of the wood had long gone and those bits that hadn't gone were thinking about it.  So a pretty plate was designed and attached to make sure that the corners at the back of the car were not going to depart anytime soon.

The corner plates, lovingly made by Bruv were also attached to the rear wings to reduce the flexing there and to make sure the sides were fixed to the back of the car.  In addition to the plates on the corners struts were added under the wings to strengthen them and to stop them flapping around after all Albert's a car not a plane and although flapping wings are critical when you are a bird they really don't help much when you are a car.

So while it's not pretty I'm hoping that the plates and struts added to Albert will hold him together for a little while longer.  He's going to need some work before we go on our trip but until then I'm hoping this'll do.  Damon also suggested that I may want to think about using a wood hardener to prevent any further damage to the wood.  Will give that a go as I really don't want to have to repair the wood until our trip is done.