Since having his floppy bits sorted an an engine overhaul I've had a couple of runs in Albert and recently visited my mates Feds and Diz in Norwich to see their new house but most importantly see if I can sign them up for the road trip next year (still in discussions around that!).

Anyway whilst Albert did stop (eventually) anticipation was the key in making sure I had come to a halt when expected.  As anyone who has ever driven an old car knows the brakes in the good old days were less than perfect and Albert's were probably not as good as they needed to be.

So, an overhaul of the brakes ended up involving a new master cylinder, front and rear cylinders all round, brake shoes and some odds and sods.  Once the shoes had been removed it was fairly clear they were on borrowed time so probably just as well I did something sooner rather than later. 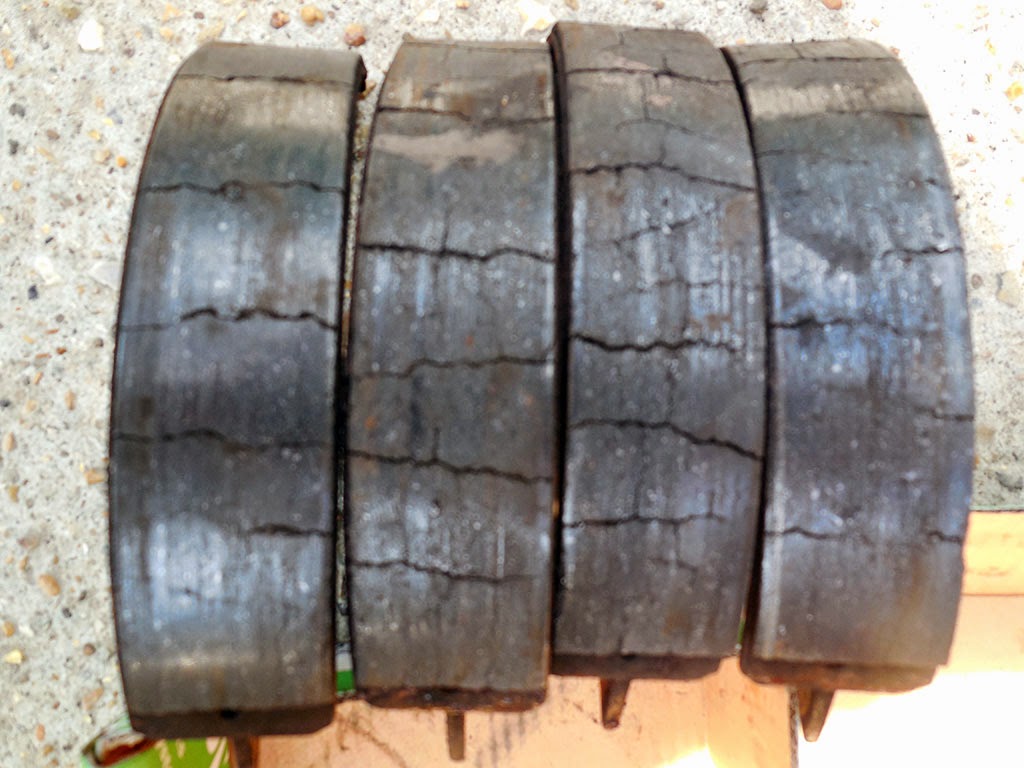 Now that Albert has had his floppy bits and stopping sorted as well as a service on the engine he's good to go for some longer trips than I've been on so far and planning for the long drive will soon be starting in earnest.  Keep an eye on the blog for more updates.

Oh yes, I bought some back doors as the current ones are a bit ropey £80 a bargain!  Didn't check where they were before buying so a trip to Dundee and back is in the offing to pick them up.