Albert is a 1968 Morris Minor 1000 2-door estate more commonly known as the Morris Traveller. The Traveller was first built in 1952 and featured an external structural ash frame for the rear bodywork, with two side-hinged doors.  The frame was varnished which gave the car it's nickname of the Woodie.  The Morris Minor was updated in 1956 with some minor updates in 1961 The final major upgrade occurred in 1962 where the engine capacity was increased to 1098cc.  The last Traveller was manufactured in 1971 with nearly 1.7 million Morris Minors sold since its first appearance in 1948. 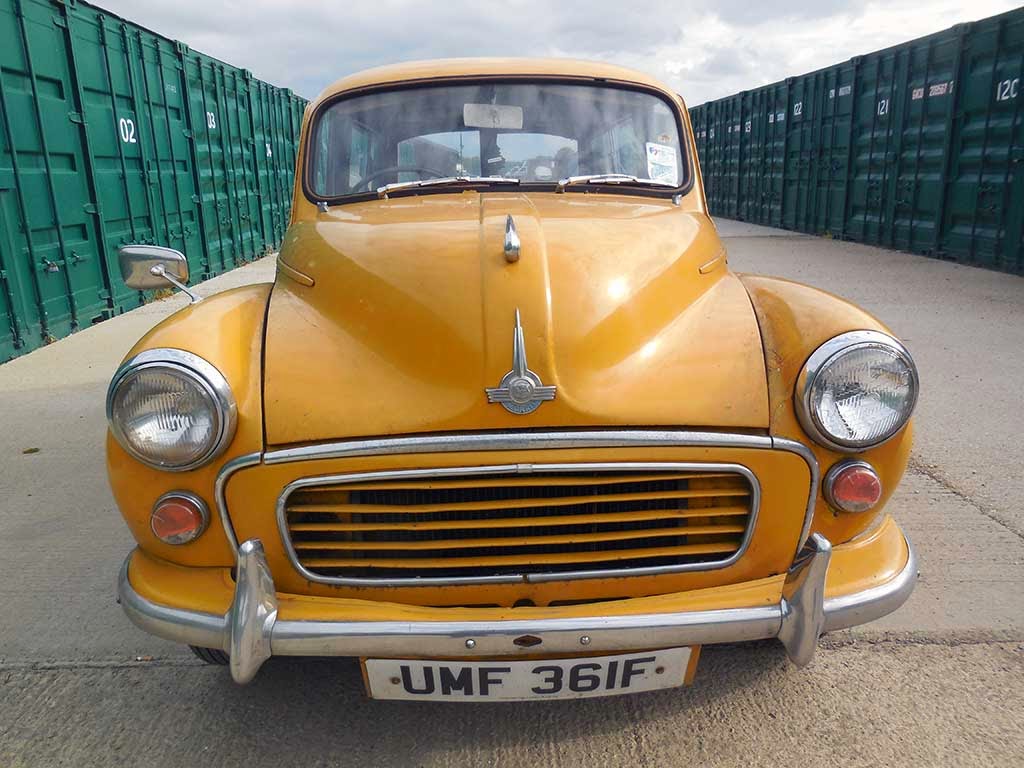 Albert is just shy of 12 ft 6 in  long, 5 ft and a bit wide and about 5 ft high at his tallest.  His curb weight is 1757 lbs (797 kgs) he is equipped with a naturally-aspirated In-line 4 cylinder, 8 valve, petrol motor. The engine produces an maximum peak output power of around 48 bhp at 5100 rpm and a maximum torque of 81.0 Nm (59 lb.ft) the engine is positioned in longitudinal alignment (that's in-line to you and me) and as a consequence he is rear wheel drive. 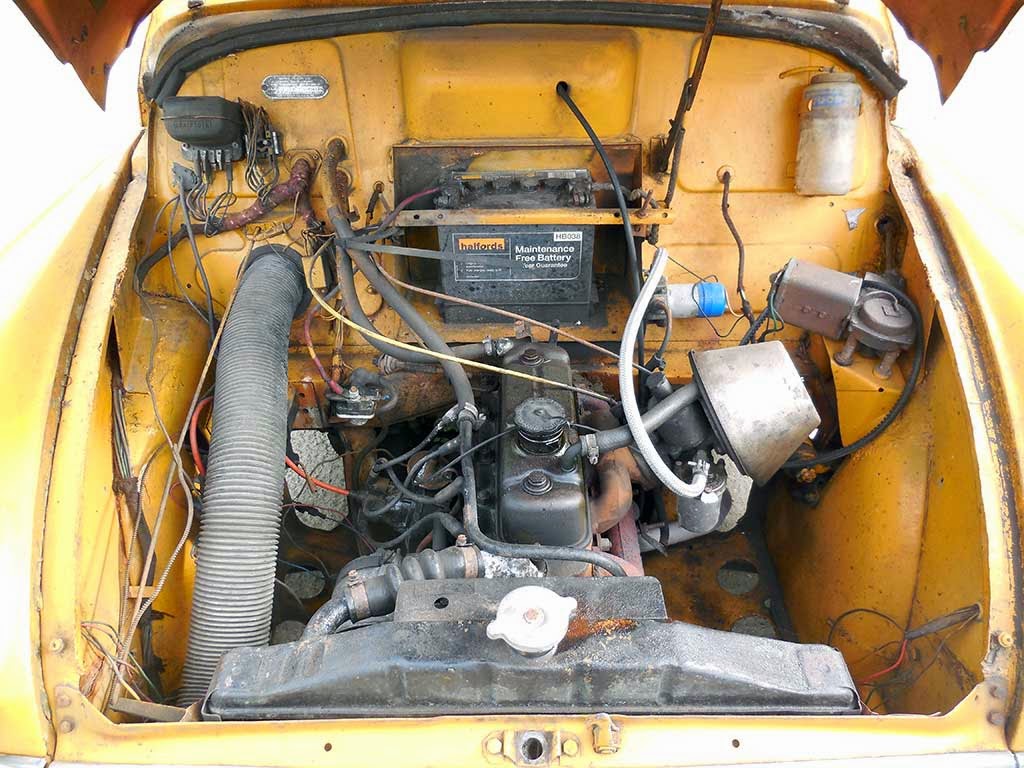 He has a 4 speed manual gearbox with synchromesh on 2nd, 3rd and top and with luck and a following wind goes from 0 to 60 mph  in  under 25 seconds (or so the manual says) and is capable of reaching a maximum top speed of 77 mph (yeah right!).  He has independent torsion bar and wishbone front suspension with semi-elliptic leaf springs at the rear.  Drum brakes all round make sure he stops.

Being an estate the interior consists of front driver and passenger seats (non-adjustable) and a bench seat in the rear which can be laid flat to increase available storage space. 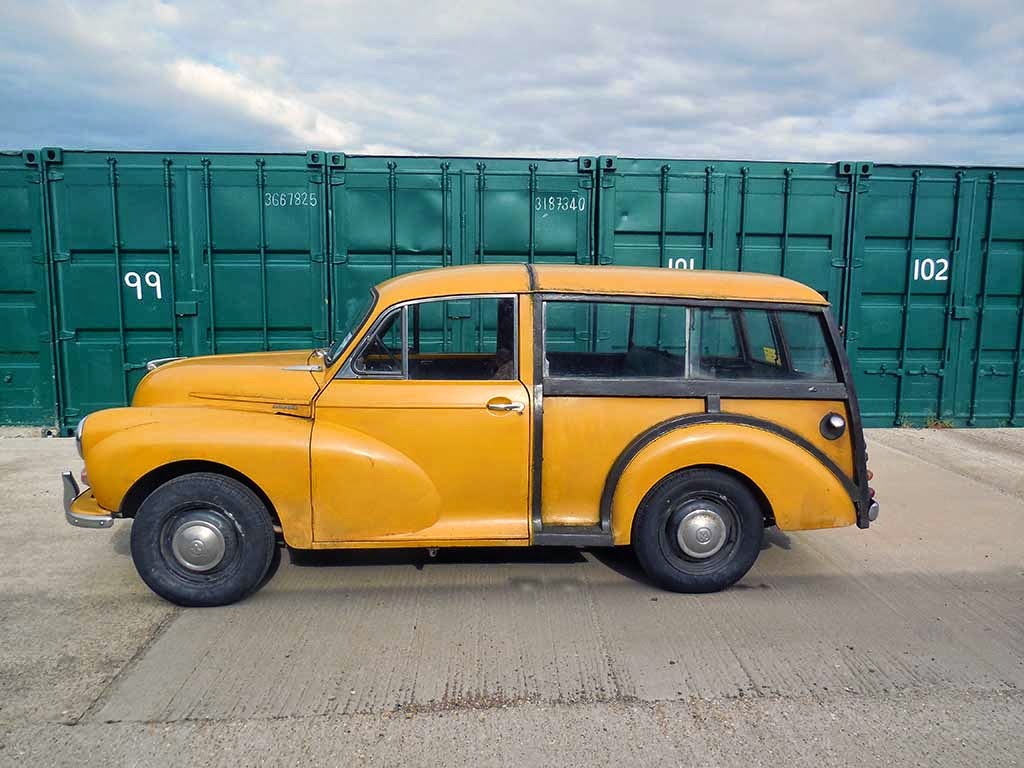 A bit of history

From what I have found out Albert has a bit of a chequered history.  His date of birth is 25/01/1968 and although currently yellow he was originally white and was painted yellow in October 1999.  It would seem that he has also undergone some restoration since the rear doors were blue at some time.

The body work has also had some work done on it as the front wings are fibre glass as is the near-side rear one.  There are quite a number of patches on the chassis but according to Tony, Damon and Bruv they are solid and nothing to worry about.  There's a little rust here and there but nothing that a little rub down and red primer won't fix.  The woodwork leaves a bit to be desired and has been painted over and will need to have some work done on it but for the moment it'll do.

Albert's had nine previous owners with Peter Morgan (chap I bought it from) buying him in November 2013 before that the last change of owner seems to have been in 2009 with the ones before that, according to the vehicle check, in May 2008 and May 1996.  When I bought Albert he was showing 47,000 odd miles on the clock but it seems that he had 92,000 logged in July 1995 so he's been around the clock at least once then.