As those of you who know me are aware I am nearing that time in my life when a free bus pass is in the offing.  For those not resident in the UK that means I am coming up to 60 (sigh!).  Reaching such an auspicious milestone in one's life can cause certain 'strange' behaviour and in my case it was an urge to do something different.  Well my next adventure is certainly going to be that!

I have decided to drive a 46 year old Morris Traveller from the UK (exact starting point to be decided) to Ulanbataar in Mongolia and back. What! I hear you exclaim is this man mad you may ask and the answer to that remains to be seen.  So, how did I arrive at this momentous decision?  Well, truth be told this wasn't my idea.  That's not to say I am being forced into doing this trip, far from it, but rather I was inspired after meeting a chap called Ray Funnell whilst on a trip to the Lofoten Islands in Norway  to see the Northern Lights (awesome!)

Anyway, whilst chatting, as you do, Ray told me about a charity raising event he was doing which was participating in a thing called the Mongol Rally which is essentially driving from London to Ulanbataar in a crap vehicle (that's defined as something 1000cc or less and definitely leaving a lot to be desired).  Well after listening to Ray wax lyrical about his Suzuki Jeep which he has named Genghis Cone (get it) and his plans for the trip I was hooked and decided that this was something just crazy enough to do and that more investigation was warranted.

When I returned in from Norway in 2014 I mentioned this idea to a number of people I used to call friends many of whom naturally thought I was a little touched in even thinking of driving given that the last time I drove (sort of) was in 2010 and then not for very long as followers of my Big Trip blog will know my mate Diz didn't really like me driving.  Before that I had a quick go in Cuba when Jenny decided that it was safer for her if I really didn't so apart from those two occasions I haven't really driven in 16 years!  But why should that matter since driving's just like falling off a log - once you have done it you can always do it.

So, despite the general feeling of a lack of support and especially in the co-driver department I decided to go for it and start looking for a vehicle in which could potentially meet the entrance criteria for the rally and at least stand some chance of getting there and back.  For no real reason other than I had a Mini Clubman once I decided I fancied getting a Morris Traveller and so the search began.

It took some time but after some Googling and browsing loads of sites selling everything from Travellers in 'need of restoration'to fully restored I made my decision and bought Albert.

The decision wasn't too hard to make as life is too short and I need to do the trip when I'm 60 so taking on a full restoration job was out of the question and a fully restored beastie would leave me (well someone else) nothing to do but also cost a serious amount of money and would I want to ruin such a fine machine? I think not!

Albert is a 1968 Morris Traveller who used to be white but is now yellow which is cool.  He needs some work but is a runner and I drove him back from the Forest of Dean in the rain with no problems other than the puddles on the floor. 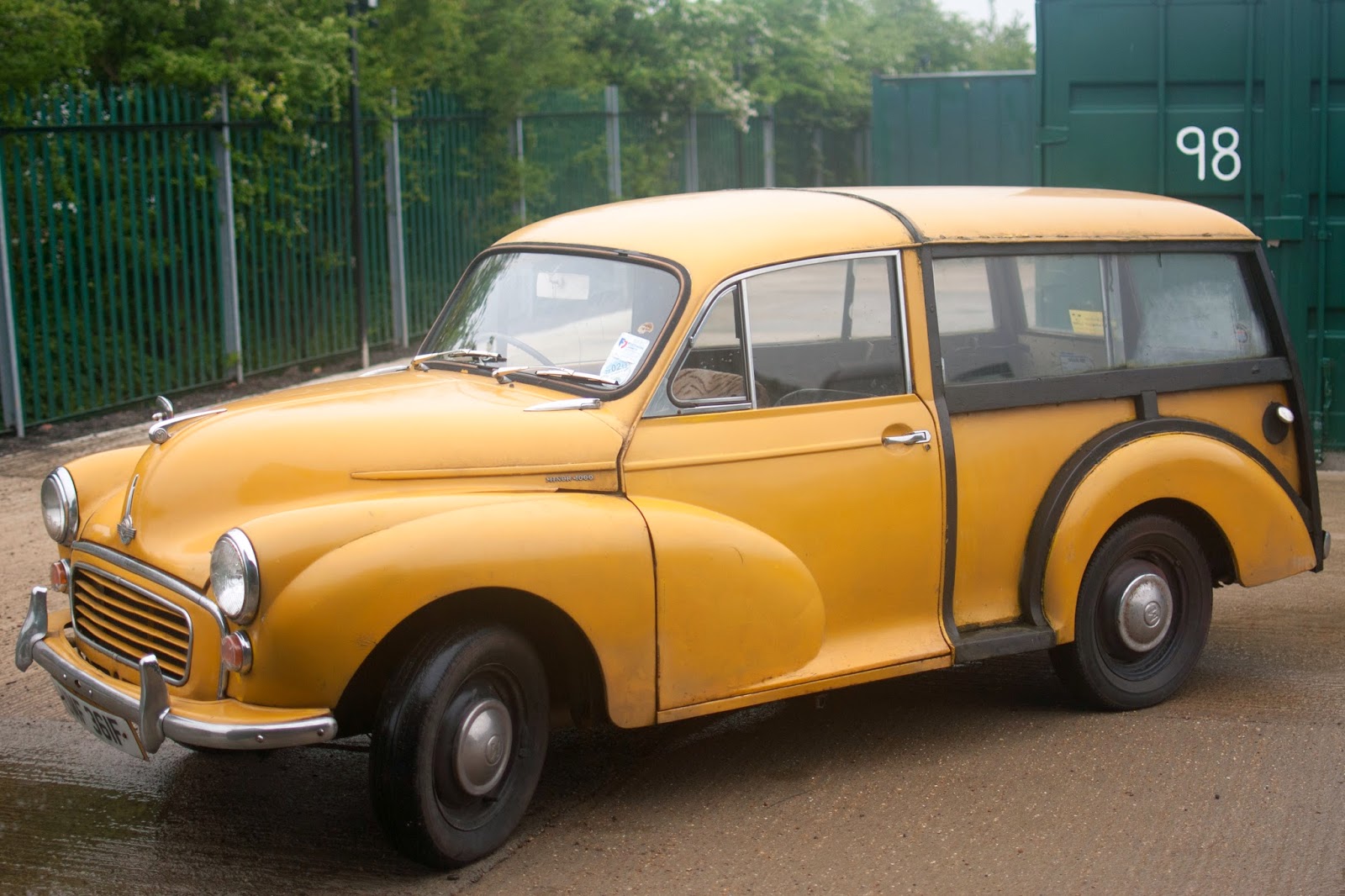 Over the coming months I intend to do some 'stuff' (still to be determined) to get my trusty steed up to the necessary standard to pass Mongol Rally entrance criteria and to ensure I have a half decent chance of getting to where I am going and back.  This blog will be a record of the trials and tribulations as we prepare for the big road trip and then our adventures as we drive there and back.

I hope you will follow Albert and my adventures and that you too will be inspired to do something crazy.