So here we are dear reader just over 5 weeks (and 3 hours ahead) into our adventure and we are in Georgia after completing just over 5,000 miles (or 8,000 Kilometres if you prefer).  We left Istanbul early in the morning to try and get out of town before the manic traffic started (no chance!).  After back tracking for around an hour or so we turned off to follow the coast road down the Gallipoli Peninsula to Eceabat where we crossed the Bosphorus to Canakkale and Asia proper.

En-route we visited Gallipoli in the mistaken belief that this was where the landings took place and where the memorial to the landings was, but in fact they were in three places along the peninsula and it was simply by luck that we found the memorial and small museum in Eceabat as we went to get our ferry. 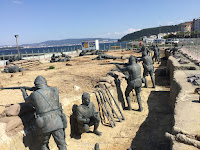 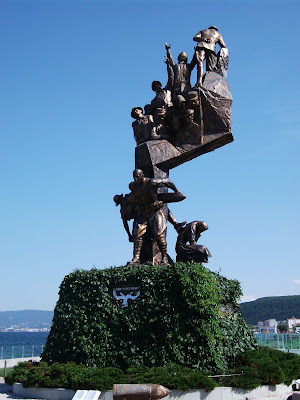 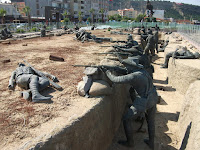 The Anzac memorial and open air museum in Eceabat

Once across the Bosphorus we leave the continent of Europe and enter into Asia so we have crossed one continent (sort of) and are on our way to cross another (sort of).  Canakkle was a nice place to spend the end of the day and we had a little time to wander around and see the sights.  As one of the entry points into Asia it is a pretty busy place.

We also had a fantastic meal in a real Turkish eating establishment.  It wasn't a cafe and it wasn't a restaurant.  Basically you chose what you wanted to eat and paid by the plate.  Serving up the meal were a couple of school dinner type ladies who thought it was great fun serving us as we had absolutely no idea what anyone was saying (they were all trying to help) or what we were actually going to eat.  That said it was probably the most authentic meal we had and at £7 for the two of us including drinks was certainly the cheapest.

From Canakkale we headed southish a little way to Troy and spent a little culture time looking around the ruins.  Got Sarah up into the replica of the wooden horse for the obligatory photo. 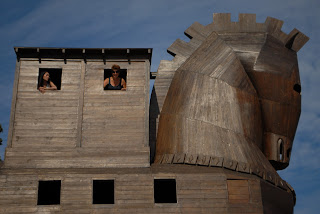 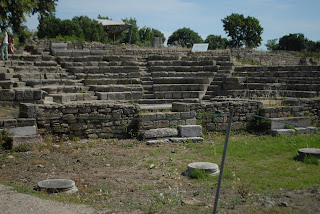 From Troy we followed the coast and onto Selcuk where we stayed for a day to visit Ephesus where the library is one of the seven wonders of the ancient world. Sarah played the tourist and got an audio guide which was useful as it meant she could tell me all about the place.  It is a huge site and we spent the best part of the day wandering through the city and being amazed by the various sights. 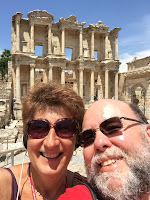 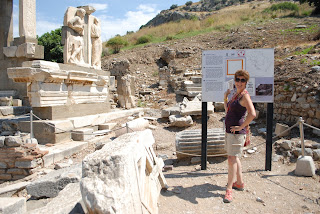 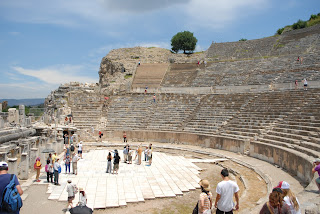 After visiting Ephesus we spent a little time wandering around St John's Basilica in Selcuk and we found the most impressive toilets of the trip so far.

From Selcuk we headed further down the coast to Oludeniz for some R&R by the beach and to do a bit of extreme sport by doing a tandem paraglide.  Although following the coast the road from Selcuk to Oludeniz involved crossing a few hills on the way some of which were quite challenging with the road into Oludeniz being a very steep decent and needing some judicious braking to prevent gravity taking over. 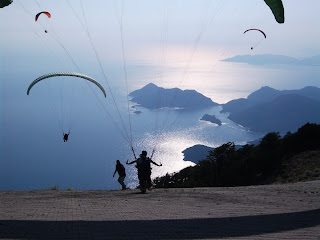 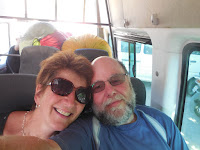 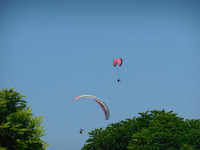 We now headed inland to Georgia and whilst on our way stopped in Goreme, Cappadocia, for a spot of ballooning.  Goreme is spectacular with its landscape entirely sculpted by erosion, The strange formations were troglodyte villages and were also used as monasteries dating back to the 4th century. 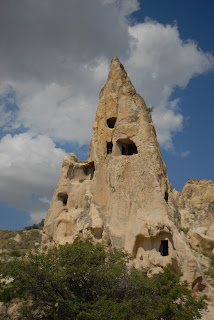 Our first attempt for the balloon ride ended in failure as the weather was overcast and apparently there was too much wind so we re-booked and waited with baited breath to see whether we would be able to do the flight before we left for Georgia.

Our wait was rewarded with an amazing balloon flight over the Goreme National Park.  The flight was made more memorable by the sheer number of balloons in the air as it appears this was the first flight for three days so there must have been a hundred balloons in the air - awesome! 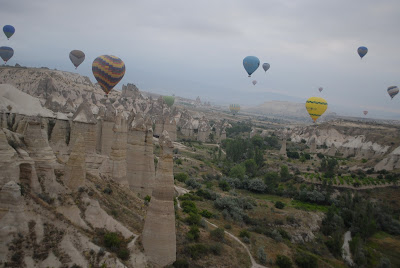 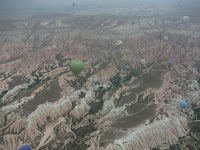 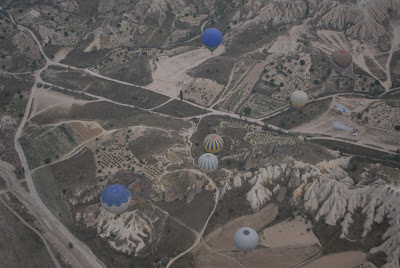 After an exhilarating flight we said goodbye to Goreme and set out for Sarp in Northern Turkey and the Georgian border.  We made very good time and although there were some ups and downs and wiggly roads, Albert soldiered bravely on and we made excellent time crossing into Georgia a little ahead of schedule.  After a night spent in a dodgy 'motel' we arrived in Tbilisi.  We thought the drivers in Turkey were mad but the Georgians are totally insane.  They drive at breakneck speed and constantly tailgate and toot trying to get by which made navigating to our hotel an experience in itself.

We are now going to explore Tbilisi (using local transport) and Albert is getting a service (well will have been by the time you read this)/  Also we will be deciding on our onward route into Central Asia and the Stans on the road to Mongolia and Ulanbataar.
at 18:25