Apologies for the tardiness of my posting updates but since we left Bishkek most of our journey has been driving and sorting out minor (pun intended) problems with Albert.  He has covered these in his blog post about the journey from Tashkent to Ulanbataar so other than the enforced layovers in Semey and Novosibirsk Sarah and I have been driving and nothing much else.

Anyway despite the problems with Albert (rear universal joint, diff and half shaft failure, various nuts and bolts being lost and oh yes oil leaks) we finally got to Mongolia and Ulanbataar.

Our first enforced layover was in Semey, Kazakhstan where we had to wait for the universal joints and brake light switch that was being sent out from the UK.  There maybe worse places to be trapped for four days but not sure where.  Semey has absolutely nothing going for it.  The only sights were the fifteen Lenins in the park behind our hotel (actually 11 Lenins, 1 Karl Mark, 2 Stalins and 1 of someone I didn't know).  The other place of interest was the war memorials in the park in front of our hotel. 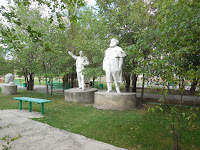 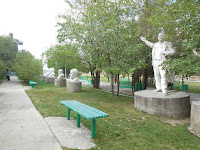 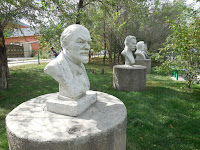 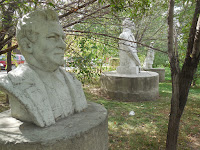 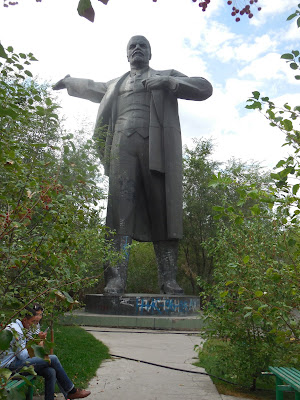 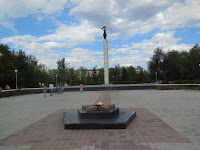 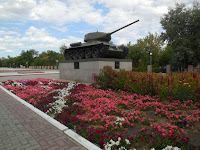 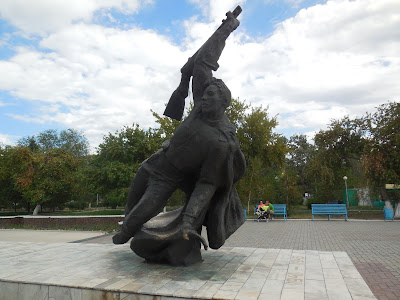 Once the parts arrived we fitted the new brake light switch and left Kazakhstan for Russia.  The only other enforced stop was in Novosibirsk where Albert had a new rear axle fitted (see Albert's Story - Russia to Mongolia).  Again nothing to really see here and so we waited until Albert was fixed and moved on.  Three days solid driving saw us arrive in Ulanbataar.

One of the charities we are supporting is the Lotus Children's Centre.  We stayed at their guest house in Ulanbataar where the money earned goes to help the running of the centre.  We visited the centre to meet with the children that are cared for by this great charity that we are supporting. The Lotus Children's Centre Mongolia is a non-government organisation and relies totally on donations from people such as yourselves.

Clothes kindly donated by the people of Potton and the surrounding area were delivered by Charles and Nicole who did the Mongolia Rally taking out a Transit van and medical equipment for use and distribution in Mongolia - Thanks again guys.
The Children's centre is a little way outside of Ulanbataar and is home to around 59 children of varying ages. The children are cared for my a team of locals and volunteers. Many of the locals working at the centre or at the Lotus Guesthouse were children brought up at the orphanage.
We arrived late morning and as the school system in Mongolia is broken down into morning or afternoon sessions the only children around were those that went to school in the morning which I feel Albert was glad of as he really couldn't have coped with 59 kids climbing in and on him.
The accommodation the children live in is clean, bright and colourfully decorated.  Boys and girls have separate houses with boys being sent to a different centre once they get to around 16 (obvious reasons I suppose).  All the children go to school but the centre runs additional classes in English and occasionally other languages depending on the volunteers available.  It was strange to see that these children who could be considered disadvantaged by being orphans were actually ahead of their peers in English and general education and so getting better opportunity for the future with many going onto university.

The children were really taken with Albert and had a great time as you can see from the photos. 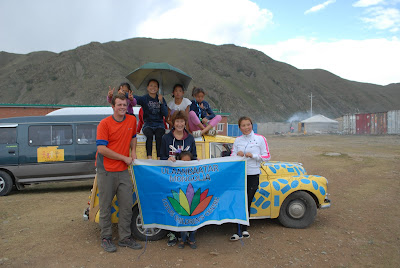 It was really nice to spend some time at the centre and see what great work is done here. It is worth noting that Mongolia doesn't have adoption schemes and so the centre looks after these children right until adult hood and in many cases also helps with getting jobs and entering university etc. Please help us raise even more funds for this great cause by donating at http://www.virginmoneygiving.com/albertminor
at 08:59